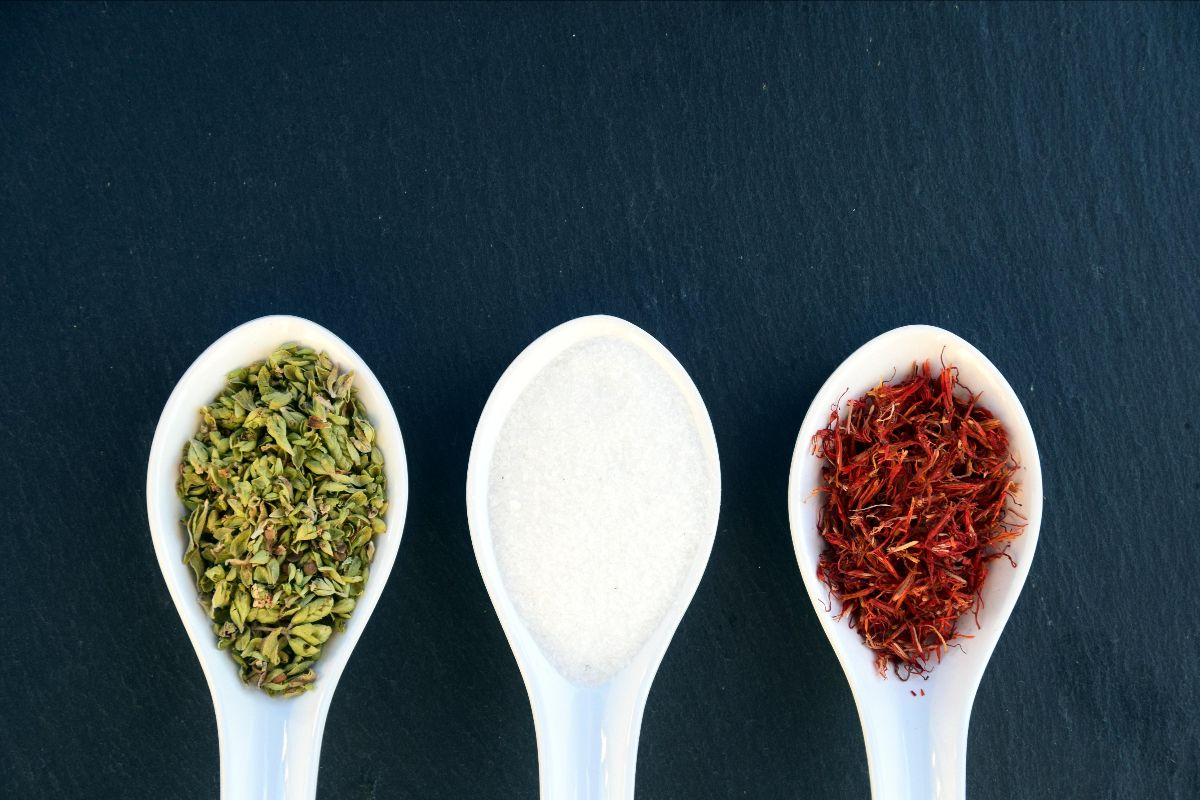 Recently Jean Teng and Charlotte Muru-Lanning raised the issue of diversity in food writing in New Zealand in an article for The Spinoff that got us all talking. We asked some of our members what they think we as an industry (and as individual writers) could do differently.

Genie de Wit
Diversity in writing is so important. Immigrants are often overlooked, underrepresented and underpaid across all industries, I’m not sure this is a problem unique to writing. I don’t have a solution to this. I don’t have an issue about someone, anyone, writing about food they don’t know about as long as they research and consult. Of course, it helps to write about a subject that you grew up with and perhaps the media should allocate those stories to more appropriate writers. At the same time, I wouldn’t want to be the token Chinese food or Hong Kong food person just because I was born there.Ashia Ismail-Singer
Gosh, where do I start? I have been subjected to casual racism most of my life. Sweeping generalisations, assumptions about my race, slurs and bullying. Growing up as an immigrant, in a society where discrimination and racism were manifest, you kept a low profile and worked a lot harder to succeed at anything you did. Our immigrant parents taught us not to question pay disparity and be grateful that we have jobs – this is how they perceived living in a Western society.

With food writing, there are not very many of us ethnic minorities. It took me seven years to get to publish my book. It makes me wonder if it was due to what I was pitching. I have written to countless magazines and had replies like “I will be in contact if I have a theme we think might suit your talents“ or “maybe you need to move away from Indian food” – and that was if they replied at all.

In New Zealand – other than my cookbook – there are no Indian books published by mainstream publishing houses and only a couple of self-published ones, And that itself hasn’t happened without hard work and sheer determination. Like I said, we have to work twice as hard. We deserve better, we have so much to offer. As Gandhi said “I do not want my house to be walled in on all sides and my windows to be stuffed. I want culture of all lands to be blown about my house as freely as possible.”

Nalini Baruch
I’m pleased to see this discussion and would like to see wide discussions not just between Food Writers but the public. My view on any writing is that it should be authentic – this falls heavily on the experience of the writer and the dish. So for example, if Rick Stein with his vast experience travelling through Asia, hands-on learning from locals, and writing about the people, their food and their culture includes a recipe in his writing, I will consider it authentic and credible. I have successfully cooked many of his recipes. It therefore does not come down to the ethnicity of the writer but the experience and the research behind recipes. As a comparison, after 25 years in the olive industry, I’d be comfortable being viewed as a credible source when expressing my views on olive oils, especially New Zealand ones. I am of Indian origin, born in Fiji with 40 plus years living in New Zealand. For some that is not enough, but generally I’m accepted as an experienced voice.

As a parallel – there is little written about Maori cuisine or Maori chefs and when articles and recipes do appear they are predominantly through pakeha writers or publications. Where are the recipes and commentary from contemporary Maori chefs like Rex Morgan, Karena and Kasey Bird, Anne Thorpe and Jeremy Rameka who, have influenced NZ cuisine over time? There is always the issue of the ability to invest in PR and marketing, which is possible for some and not others but if New Zealand is to promote its indigenous cuisine, it needs to delve deep and allow for regional variations as well. The promotion of Hiakai and Monique Fiso is a great start in promoting that Maori have cuisine worth celebrating. Now NZ writers need to add other indigenous voices to increase the prominence of this cuisine.

When it comes to Asian food, we cannot lump them into one. It is wide and regional and the same goes for terminologies as well. I personally do not object to use of words like ‘Asian dressing’ as it indicates the recipe has certain flavour profiles, but ‘influenced by (insert cuisine the recipe is influenced by)’ is more helpful. For example ‘influenced by Southern Kerala cuisine’. New Zealand has a majority Pakeha population and readership would reflect this. If the readership responds positively to a Pakeha talking about Asian recipes, then for commercial reasons I can understand why we see so much of it, but there is no excuse for not researching in-depth and staying true to the heritage of the recipe. However, with the changing ethnic makeup and the range of different ‘ethnic’ restaurants that can be found around the country, our media landscape should change with it.

For me, it is about credibility, experience, perception and whether the recipes work. It’s not just about Asian cuisine; the same can be said about French, Italian, Scottish, Irish etc cuisine, but that’s for another day.

Melissa Koh
I have to agree white writers dominate the New Zealand mediascape but that could possibly correspond with the audience demographics (or how it was when food media emerged). As New Zealand gets increasingly diverse ideally there should be increasing diversity in the media. Unfortunately that is often not commonplace. It is widely known that privilege and systemic racism are intricately linked concepts that lead to inequality of opportunity. The way in which non-white writers don’t get the same opportunities may be attributed to power dynamics. For instance, people in positions of authority (i.e. editors?) may favour voices of white writers over that of others. Privilege is invisible and normal to those who have it, which makes it hard to discuss because people rarely see how they are being privileged. I don’t know how else non-white writers can increase their chances of getting into mainstream, unless it is encouraged by people with power and authority to do so.

It is heartening that fellow Food Writers NZ members are receptive to international cuisine, and are attempting/writing these recipes themselves. To foster a more inclusive mediascape, these influential food writers could possibly collaborate with non-white writers of that particular cultural background. This could also enhance the credibility of the article or recipe. One of the barriers to ending racism/privilege is the way people remain trapped in traditional ways of thinking that turn conversations into occasions for members of dominant groups to feel guilty, defensive, and angry. It is important to recognise the benefits of having a socially just society, as people from various backgrounds, experiences, and perspectives can encourage out-of-the-box thinking, drive innovation and foster creativity.

Jennifer Yee Collinson
Diversity and inclusion seems to resonate strongly across all ethnicities and all sectors of the community right now. I don’t think I’ve been marginalised as a food writer of New Zealand-born Chinese heritage (my paternal great-great grandfather arrived here in the 1880s). I think that it is the skills, experiences and perspectives that I hope I can offer which might be seen as a collaborative advantage. If I’m able to offer a different perspective or opinion which may ignite or spark someone else’s creativity then we’re all going to benefit in the long run. Sometimes I do wonder if it’s out of politeness we wait to be asked but I’m from the school of ‘nothing ventured nothing gained’. When as a poll tax descendant, you know that your family left everything behind them to forge a new, safe and better life for future generations across the other side of the world, you live life with this spirit within you.

I think I have been fortunate to have started my writing in parallel with my work as a food scientist and dietitian but also a food specialist with a passion, experience and knowledge of Asian ingredients. The media opportunities that have presented themselves to me over the last three decades have been related more to my expertise rather than my heritage although this has certainly helped land me with a series of cooking segments for TVNZ’s Asia DownUnder, two food books published by Random House – a handbook on Asian ingredients and a book of Asian recipes, radio and television interviews, technical writing, a delicious stint as a restaurant critic for Canvas, various commissioned work for magazines over the years spanning all types of genres including nutrition, culinary travel, mycology, weeds, baking, recipe and product development plus food styling (commercial and editorial), masterclasses, symposia and a successful culinary tourism venture – Culinary Journeys Vietnam and in NZ.

Maybe I’ve been at the right place at the right time, but I certainly don’t feel that my heritage has had anything to do with holding me back or being excluded. Gender is another issue! 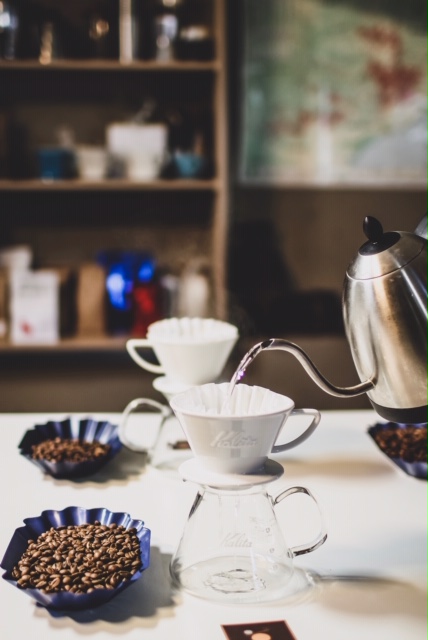 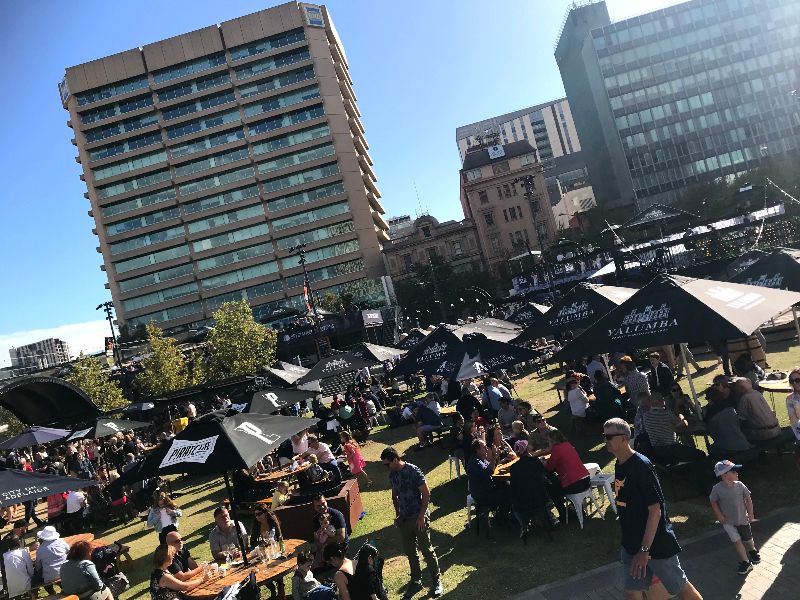 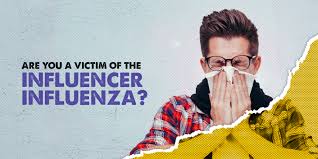